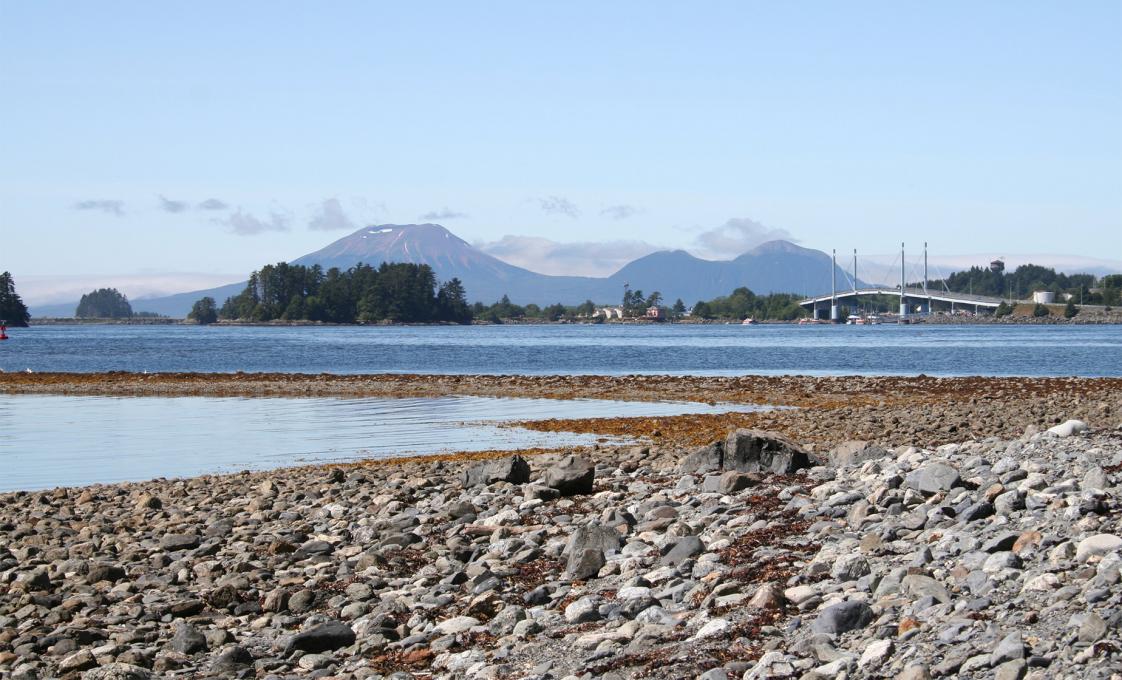 Visit the rescue center for Alaskan brown and black bears then travel to the Alaskan Raptor Center, a rehabilitation center for birds of prey. Round out this 2-hour tour with a stop at Sitka National Historical Park to see the native totem poles.

Get to know Alaska's first capitol and experience this unique city through the eyes of a local guide, there is no better way to learn about a place you have never been. Your group is purposely kept to a small number of only 10 guests, allowing for a much more intimate and one-on-one experience with your friendly, knowledgeable and professional guide.

Boldly existing between the mountains and the sea, Sitka is an island community where the arts flourish and an ancient native culture still thrives. Tlingit, Russian and American settlers have all called Sitka home. Today, cultural influences from all three groups remain. From viewing traditional dancing to hiking a totem-lined trail through the rainforest, visitors still experience the cultural richness that inspired Sitka's 19th century nickname, the "Paris of the Pacific".

Begin your tour at the Harrigan Centennial Hall. Climb aboard a comfortable, full-size passenger van and begin to make your way south on Sitka's road system. Always keep your eyes peeled as you might spot bald eagles in the tree-tops and Sitka black tail deer grazing on brush. Drive around Silver Bay, a body of water surrounded by high mountains where in the later months of the season humpback and minke whales can sometimes be seen here. With time and weather permitting, make a stop here for photos.

Near the end of the road system you will arrive at The Fortress of the Bear. This non-profit rescue facility is home to seven Alaskan bears. Get up close and personal with the four rescued beautiful Alaskan coastal brown bears and three black bears, the only black bears on Baranof Island. This education and rescue center reside on an exquisite three-quarter acre habitat for orphaned brown bear cubs complete with covered viewing areas in a natural habitat setting which replicates Southeast Alaska.

After spending time with the bears travel next to The Alaskan Raptor Center. This rehabilitation center for birds of prey has a state-of-the-art flight room and is home to multiple rescued eagles, owls and other birds of prey found in Southeast Alaska.

To cap off this tour your final stop will be at Sitka National Historical Park. This protected area of temperate rain forest stretches out to a peninsula and offers multiple, easily accessible trail loops that contour Indian River and the Eastern Channel waters. Totem poles punctuate these trails. This park is also the site of a battle between the Sheetka Kwan Kiksadi Clan and Russian American troops, during the 19th century. Choose to walk through the park or visit the amazing cultural center, which offers its own onsite interpreters, as well as exhibits and demonstrations for traditional techniques such as carving, working with fur, beading, and metal working.

A well-rounded introduction to all things Sitka awaits on this best of tour. Spend two hours being introduced to Southeast Alaska and still have time left to explore, shop and taste local cuisine on your own afterwards. Space is limited so book today as not to miss out.

We are experts in providing exceptional shore excursions. We understand that in today's fast paced world, vacations have become an increasingly important way to relax, reconnect with family and friends, and experience new and interesting places. With this in mind, we provide the highest quality tours by performing extensive research, and detailed reviews. While other companies also offer excursions, we strongly believe our expertise and approach set us apart. The large cruise lines sell shore excursions - typically in very large groups visiting high traffic sites. We focus on smaller groups visiting more interesting and authentic locations using more personalized local operators. While the cruise lines are experts in delivering cruises, we are experts in delivering shore excursions.

Our Approach
We believe quality service is not only highly valued by customers, but ultimately leads to better experiences and higher satisfaction. Unlike the cruise lines and other tour companies that rely almost entirely on websites, we encourage customers to call us. We want to invest our time answering your questions, providing input, and selecting the excursions that best meet your needs.

Our Tours
Our goal is to provide customers a wide array of exciting, appealing, and enriching tours. For those customers who prefer to travel in smaller groups with more personalized service, we offer a wide variety of small group tours around the world. These tours generally range in size from 2-12 people compared to larger tours which can number up to 50 people. While exploring the destinations and ports on this website, feel free to search for these "Small Group Tours". For those customers interested in private tours, we offer many outstanding excursions that allow you to travel with your party alone and, in many cases, to fully customize your tour. Search for "Private Tours" if you are interested in this experience. Our "Scenic" tours provide up close and personal access to some of the most spectacular natural environments on Earth from majestic glaciers in Alaska to spectacular reefs in the Caribbean. Our "Cultural" tours allow customers to experience local customs, entertainment and culinary delights ranging from tribal dances in Alaska to an outstanding local meal in Santorini, Greece. Our "Active" tours offer a multitude of exciting and adventurous ways to experience our destinations. Our customers can kayak the turquoise waters of the Caribbean, hike to a spectacular waterfall in Hawaii, or bicycle through quaint villages in France. Our "City" tours allow travelers to see the highlights of great cities around the world with unique insights provided by our expert tour guides.

Our People
In our experience, exceptional travel experiences are almost always delivered by exceptional people. With that in mind, we utilize a comprehensive approach to select and employ the leading tour guides and tour providers around the globe. We hold our people to very high standards which we measure by our comprehensive Quality Control process and, most importantly, by our customer feedback, which we will actively seek from each of our customers.

Our Owners
Shore Excursions Group is owned by seasoned travel executives possessing extensive experience across many sectors within the travel industry.

Michael Bonner
Mr. Bonner has over a decade of experience working in the cruise industry in a variety of roles for both Royal Caribbean Cruises Ltd. and Viking River Cruises. Most recently, Mr. Bonner was the Chief Operating Officer for The Scholar Ship, a Royal Caribbean program aimed at providing college students onboard educational programs in conjunction with enriching shore excursions around the world. Mr. Bonner also helped co-manage Viking River Cruises U.S. Operations, and he ran the corporate, strategic, and deployment planning functions at Royal Caribbean. While at Royal Caribbean, Mr. Bonner was responsible for forming Royal Celebrity Tours, Royal Caribbean's land-based tour operation in Alaska, which takes cruise passengers on multiple day tours through the interior of Alaska either before or after their cruises. Prior to working at Royal Caribbean, Mr. Bonner was a consultant for Booz Allen & Hamilton.
Less
from $109.00 (USD)
Per Person
Contact Us
Tour Type
Group
Group Size
Small
Activity Type(s)
Cultural, Scenic
Tour Duration
2 Hours
Activity Level
Easy
Tour Leaves From
Downtown Sitka, (Harrigan Centennial Hall) or Sitka Visitor Center.
Food/Beverage Provided
Not Included
Special Instructions
For all tours in Alaska we recommend wearing layers, the top one waterproof. Sensible walking shoes are suggested as well as bring a light waterproof jacket in case of unexpected rain.
Restrictions
Guests must be able to get in and out of transportation. Guests with mobility issues should reconsider this tour as there is some minimal walking involved. This tour is not wheelchair accessible.
Terms & Disclaimers